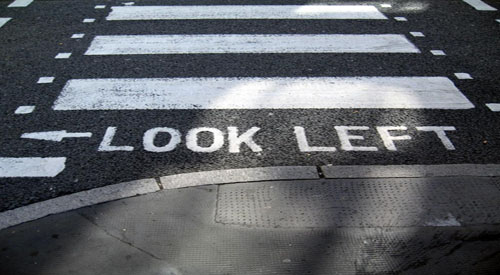 For the first time visitor to London, there’s a myriad of places to go and things to see…all while making sure to look left when crossing the street.

Here’s a quick look at some of the things people coming to London for the first time will need and want to know.

Once you’ve booked airfare to London, you’ll need a place to stay. The accommodation available in London is extensive, varied and not always the cheapest; however, WhyGo London can help you find some great deals.

Each of the five London airports – Heathrow, Gatwick, Stansted, Luton and London City – is well-connected to central London by road, Underground and train.

There are ten major railway station terminus in London and a comprehensive public transport network of buses, subways, river cruises, coaches and more throughout the city.

Buy an Oyster card or Travelcard to get the best value. Using an Oyster card is easy, and the most economical option for traveling back and forth across the city.

To get oriented to the city, first time visitors might want to take a ride on the London Eye, the 443 ft.-high rotating wheel on the banks of the River Thames; the Eye offers revolving, panoramic views of the city, including Big Ben and the Houses of Parliament just across the river.

London also has amazing museums (the majority of which are free to enter), world-class galleries like the National Gallery and the Tate Modern, and numerous historical and modern places of interest.

Be sure to visit at least one of London’s parks — this is one of the greenest cities in Europe.

Shopping is also a major activity in London, from chic designer shops to local London markets.

London has some of the best theatre and sports venues in the world, as well as cutting-edge nightclubs and music venues where you can catch most of the world’s top groups and bands performing. Comedy clubs offer an excellent alternative to loud music.