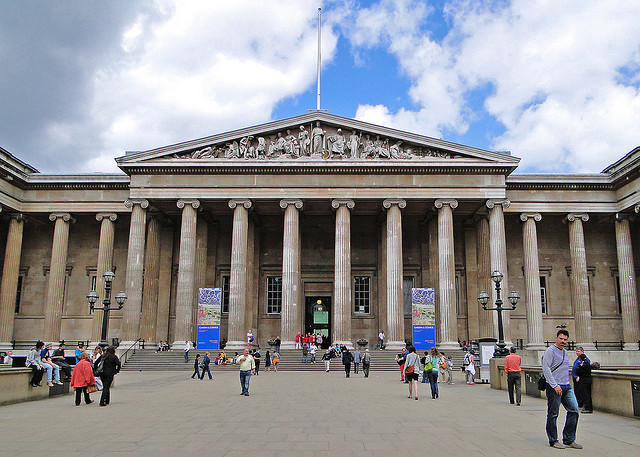 A visitor to London could spend several trips –or lifetimes — just visiting the city’s museums.

There are more than 200 museums in London, and many are free to enter. The vast majority have very good facilities, are child-friendly and have incorporated interactive exhibits. You’ll find museums spread all around the city, making it possible to discover cultures, design, history and neighborhoods as you explore.

Here are some of the most popular museums in London:

The British Museum
Established in 1753, this is the world’s oldest public museum and one of its most famous. Free to enter, it’s an absolutely spectacular introduction to the entire history of Britain.

The Natural History Museum
One of the big three museums in South Kensington, this imposing and impressive landmark is beloved by kids for it famous dinosaur exhibition.

The Science Museum
This sits alongside the Natural History Museum and makes a great visit even in a short time, although it’s filled with interactive exhibits so losing track of time is quite easy as well.

The Victoria and Albert Museum
This one also sits next to the Natural History and Science museums, and it’s the world’s largest museum of decorative arts and design, featuring more than 4.5 million historical objects.

Museum of London
This museum documents the complete history of this fine city, from prehistoric days through the present. It’s well worth a visit for anyone who’s fond of England’s capital.

Museum in Docklands
Only open since 2003, this museum deals with the history of London as a port, and they’ve recently added a fascinating exhibit dealing with the slave trade.

National Maritime Museum
The world’s largest maritime museum is located in Greenwich and is well worth a visit for anyone interested in the seafaring culture and history. Kids will love their restored boats and planes.

The Imperial War Museum
This famous facility shows off a bewildering display of vehicles, memorabilia, weapons, and much more from Britain’s modern military history.

Royal Observatory Greenwich
Most famous for being the home to the line that divides the Western Hemisphere from the Eastern, this museum is located a bit out of the way, but in a lovely location overlooking the Thames.

The Sherlock Holmes Museum
The fictional home of the world’s most famous detective might be best for enthusiasts only, but visiting the outside could be worthwhile for anyone.

HMS Belfast
This World War II ship has been restored to its original look, and serves as an interesting museum of warships during the era.

Florence Nightingale Museum
Located at the St. Thomas Hospital, this museum is dedicated to the life of the world’s most famous nurse.