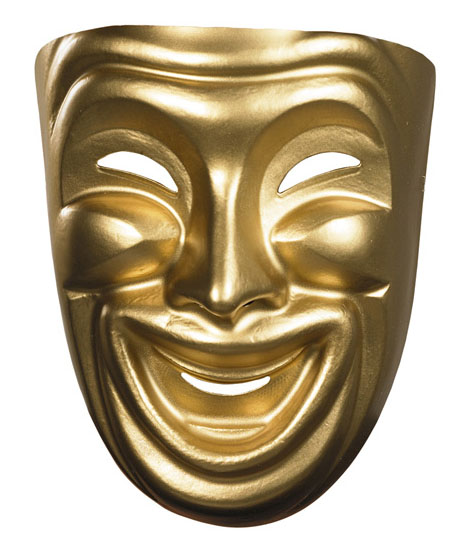 Going to see live comedy is a popular form of entertainment in London, and you can see acts performing anywhere from specialized comedy clubs to back rooms in local pubs.

Here are some of the main comedy venues in the capital:

Amused Moose
With three locations in London – Soho, Covent Garden and Hampstead – you’re rarely far from a laugh. On weeknights, there are often small gigs and surprise shows by famous comedians, but Saturdays generally have the best lineups. Saturday night tickets are £10, most other nights are £4.

Chuckle Club
Starting in January 2011, this club will be housed in the El Paso Restaurant in the Hoxton area of east London. Evenings begin with a rousing rendition of the Chuckle Club song. Shows are Wednesday and Saturday nights, and range from newcomers to both locally and internationally famous. Tickets range from £5-12.

Comedy Café
Off Shoreditch High Street near City Hall, where the City of London meets the East End. Customers are given a table for the evening where they can have dinner and watch the show (customers are required to dine). Open from Wednesday to Saturday; Wednesday is open mic night (and free of charge) and top comedians are featured on other nights. Tickets range between £10-£16, show times vary with the day.

Comedy Carnival
Weekly comedy nights at two venues, featuring locally popular entertainers: West End shows are every Friday at Sound on Leicester Square, and the Clapham Grand in Clapham hosts Comedy Carnival on Saturdays. At both venues, doors open at 7pm, shows are from 8-10pm, and tickets are £12 in advance, £15 at the door (dinner and a show £25). Both venues become nightclubs from 10:30pm-3am.

The Comedy Store
First opened in Soho in 1979, the Store is now on Oxendon Street in the heart of the West End, between Piccadilly Circus and Leicester Square. Open nightly at 6:30pm, the 400-seat venue features a regular cast of Comedy Store players performing improv, as well as some of the world’s best comedians (Best In Stand Up) on Thursday, Friday and Saturday nights. Tickets for Best In Stand Up are £18-20, other shows range from £8-£17.

The Comedy Tree
Two non-central locations, in Putney and Wimbledon. Putney: Held every Thursday (£7), Friday (£9) and Saturday (£10) at the Wahoo Bar (south side of the Thames across Putney Bridge), featuring 3-4 comedians each night. Wimbledon: Saturday nights at The Watershed, tickets are £10. At both locations, dinner from nearby establishments can be arranged. Order online in advance to save £1 per ticket.

Electric Mouse Comedy Collective
A group of comedians without a central venue, Electric Mouse holds comedy events all over London and beyond; their regular events are Mondays and the first Thursday of the month. Big Ben at the Red Lion Pub (near Parliament) is a Monday night show featuring several acts; starts at 7pm, food is available and tickets costs £3. Angel at the Regent Pub (in Islington) is held the first Thursday of the month; often featuring established acts practicing new material, stone-fired pizzas are available and tickets are £4.

Highlight
Offers three London venues with comedy shows every Friday and Saturday night: Camden is right near Camden Lock; Watford, the world’s biggest designated comedy club; and Clapham Junction, which, in addition to comedy, hosts the occasional burlesque show, with drinking and dancing until 2am. Tickets range from £12 to £18.

Jongleurs
This chain of sixteen comedy clubs has two venues in central London: Covent Garden and the City of London. Covent Garden has shows on Thursdays, Fridays and Saturdays and is generally closed in January; City of London’s shows are Fridays and Saturdays only. At both venues, the last entry is 8pm and the show starts at 8:30pm; there’s a DJ from 11pm-1am. Tickets are £15-16.

There are dozens (and dozens) of other comedy venues and shows in London, and the website Chortle gives a regular rundown on what’s on where.