Plan a Trip to Hamburg to See the Europa League Final 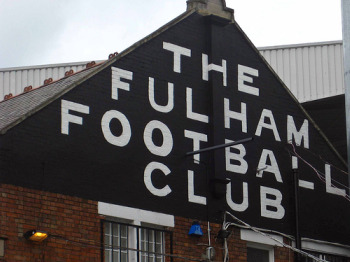 Most of the focus in the football world these days might be on things like the Champions League Final or this summer’s World Cup, but we’re one week away from the Europa League Final game on May 12th – and it’s a game that means quite a bit to some of the people in London.

For the very first time, London’s own Fulham is making an appearance in a European football competition. Their opponent is the Atletico Madrid team, and the game is being played in Hamburg, Germany this year. If you’re a Fulham supporter who wants to cheer your boys in real life, it’s not too late to plan a trip to Hamburg for the final. (And hey, if you just like footy and want an excuse for a midweek trip to Germany, we can’t fault you for that.)

It’s really easy to find cheap flights to Germany from London’s five area airports – there are so many budget airlines that fly in or out of at least one of the airports in London, you can take your pick between the five and usually find a good deal. But the London airports with the most flights on discount airlines are Stansted (has service from Ryanair, Air Berlin, Wizz Air, and easyJet) and London Luton (has service from easyJet, Ryanair, and Wizz Air). London City does have frequent service from Lufthansa Regional, which could mean more options for a flight to Germany.

Despite the fact that the teams to play in the Europa League final have just been set in the last couple of weeks, it might be tough to find many options when it comes to hotels in Hamburg at this point. Some people have been planning on making the trip to Hamburg for the final game no matter who played in it, so they’ve got their hotel rooms booked. And now that the teams for the final are set, fans of both clubs have likely been snapping up the best deals on hotels close to the stadium in Hamburg. There are probably still some hotel rooms available, and it’s not a bad idea to consider hostels in the area as well, but don’t wait too long before you book – or you’ll be watching the game on TV like everyone else.