Make Prague Your Next Weekend Getaway 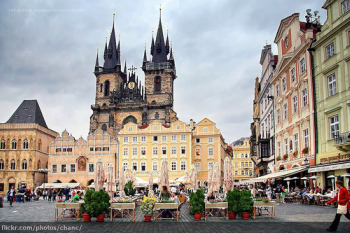 Prague isn’t just for cheap stag weekends or a few days spent gorging on hearty food and Czech beer. There’s far more to see and do in this fascinating, beautiful city.

Prague is one of the best preserved cities in Europe; it managed to emerge from World War II mostly unscathed. Of course, after that it retreated behind the iron curtain of communism, where it remained until the Velvet Revolution of 1989.

Since then, Prague’s been growing and modernizing by leaps and bounds. No longer a “hidden gem” of Europe, it can get quite crowded in the more touristy areas during summer. But it’s still possible to escape some of those crowds and get a glimpse of the more “authentic” Prague.

The highlights of Prague – the Old Town Square, Prague Castle, the Charles Bridge – can all be seen in about two days. After that, get out and explore some of the other neighborhoods.

Prague is made up of 10 different districts, yet most tourists never venture out of Praha 1 and Praha 2, unless they’re staying in one of the cheap Prague hotels located in one of the outer districts. This is a great way to save some money and see another side of Prague. And with the cheap and efficient tram and metro system, you can easily zip around the city no matter where you are staying.Visit the Museum of Communism, spend an afternoon at a local beer garden, or take a day trip into the nearby Czech countryside.

Flights to Prague can be a touch more expensive than flights to other cities in Western Europe, but the savings you’ll see when you get there will cancel out any extra cost of transportation. While many of the more touristy restaurants will accept euros, it’s best to change your pounds or euros into kronur and head for the less-touristy, and much less expensive pubs and restaurants instead. Here you’ll not only pay much less (about 30kc for a beer), but you’ll be rubbing elbows with locals instead of a bunch of other tourists.