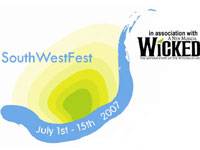 The SW1 (South Westminster) area of takes in the part of central London south from Victoria Street and the Houses of Parliament down to Pimlico and even though its very close to the seat of government and power, around half the areas residents live in social housing. SouthWestFest was launched in 2004 to foster better cohesion between the diverse residents who live there.

Running from 1-15 July the festival features a whole range of events including stage and film shows, music performances, a series of photographic exhibitions, special events aimed at kids and the family and ones for older residents such as an over 50’s Festival Breakfast and Massage. There’s a fashion show, a community football tournament, a Parkour/Free Running Workshop and art exhibitions.

It all kicksoff this Sunday 1 July at 12 noon with a Carnival Parade through the streets of SW1 with floats, classic cars, stilt-walkers, a Samba band starting at Moreton Street and a Festival Gala Launch at St George’s Square in Pimlico starting at 1pm. Pimlico or Victoria are the nearest Tubes.