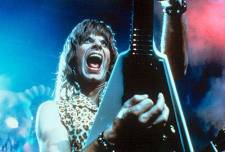 The London Guitar Show is on this week from 27-29 April at ExCel London, Europe’s largest consumer show for guitars, amplification, acoustics, recording and accessories. Among the activities at the show are four or five live performances each day on the main stage including two masterclasses by guitarist Steve Vai on 28 April.

The show features around 120 exhibitors stands as well as a range of seminars each day covering subjects like guitar set-up and maintenance, making a living as a musician, copyright, recording onto Mac’s and using ProTools for guitarists and recording backing tracks.

Tickets for the London Guitar Show ar £12 advance, £13 on the door and the show times are 11am-5pm 27th April, 10am-6pm 28th April and 10am-5pm 29th April. Custom House for ExCel on the Dockland Light Railway is the closest station.