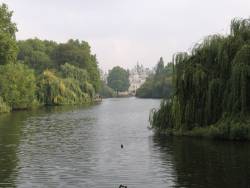 With the sun out and the weather in London getting warmer people will be starting to spend more time in the parks of central London. This March the Royal Parks are holding a number of free events during the day for visitors to take part in. Here’s what’s on this month.

14 March-St James’s Park A guided walk around the beautiful lake in St James’s with an explanation on the wildlife. Starts at 1pm, free but you need to call 020 7930 1793 to book a place.

20 March-Regent’s Park Men’s and Women’s Health, a series of talks by the Westminster Primary Care Trust Health Improvement Team at the Hub sports centre on the western side of the park. On from 1-2pm.

26 March-St. James’s Park Slavery and Freedom, a guided walk that explores the anti-slavery campaign on the 200th anniversary of the ending of slavery in the British Empire. From 1-2pm.

31 March-15 April-St. James’s Park Golden Eggs – Easter Egg Trail, an event for children to follow a trail around the park and the Churchill Museum & Cabinet War Rooms opposite to locate golden eggs for Easter. Said to be suitable for 7-12 year olds.