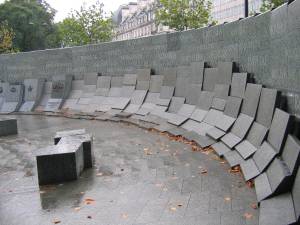 The service starts at 5am with a lone piper playing and lasts till around 6am. Anybody can attend but it usually draws a crowd so get there as early as you can for a good spot.

There’s a short Gallipoli Day service and wreath laying at the Gallipoli Memorial in the crypt of St Paul’s Cathedral from 9.15am-9.30am. Its organised by the Gallipoli Association and all are welcomed to attend.

At 11am in Whitehall there’s a wreath laying ceremony and parade at the Cenotaph, involving representatives of the Australian and New Zealand High Commissions, service and ex-services organizations and a military band. The southern end of Whitehall will be blocked off and you’ll only be able to reach the Cenotaph from the Trafalgar Square end.

Finally there’s an hour long commemoration service starting at noon in Westminster Abbey, admittance to this is by complimentary ticket only.