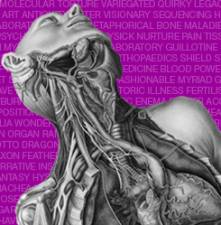 Located on the Euston Road close to Euston Station, the Wellcome Collection houses the personal collection of the late American/British pharmacist, entrepreneur and philanthropist Sir Henry Wellcome, who was passionate about medicine and its history. The Collection comprises the approximately one million medical objects, artifacts and texts that Wellcome acquired in his lifetime.

Born in Wisconsin in 1853, Wellcome started a pharmaceutical company that would eventuaintroduced medicine in tablet form to Britain a few years later and went on to establish world class medical research laboratories and set about building his collection of medicine and health through the ages.

The Wellcome Collection was opened on 20 June 2007 by Nobel Prize winner Professor James Watson, co-discoverer of the structure of DNA.The building on the Euston Road houses three exhibitions, the world-famous Wellcome Library, a cafe, bookshop and a conference centre, and among the eclectic items on show are a lock of George III’s hair, Nelson’s Razor, Napoleon’s toothbrush, Darwin’s walking stick, Florence Nightingale’s moccasins and the guillotine blade used to execute Jean-Baptiste Carrier. You can also see early x-ray images, stethoscopes and enema syringes, 19th century sex aids, a Chinese torture chair, a scold’s bridle, a iron chastity belt, a 14th-century Peruvian Mummy and 19th-century amputation saws among many other things.

Artists whose work is on show include Leonardo da Vinci, Andy Warhol, Antony Gormley, Marc Quinn, John Isaacs, Christine Borland and Martin Parr. The three current exhibitions are Medicine Man, Medicine Now and The Heart and new events from talks and discussions to live performances will be happening every week.

The Wellcome Collection is open daily from 10am-6pm (Thurs 10am-10pm, Sun 11am-6pm) and admission is free. The galleries are closed on Mondays. It’s located at 183 Euston Road diagonally across the road from Euston Station. If you’re visiting the British Library its only a couple of blocks from the Wellcome Collection.