Taking Advantage of a London Stopover 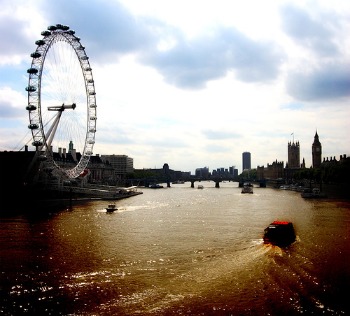 The summer travel season is right around the corner, and despite the high cost of fares to London this is still the season when huge numbers of people alight in the English capital every year. For those of you still looking for summer travel deals to England and not having the luck you’d like, here’s an idea – have you ever thought about taking advantage of a London stopover en route somewhere else?

Most of us are familiar with stopovers, but these are often considered nothing more than an annoying few hours spent in an airport midway between your home and where you’re going. We think more highly of direct flights, and avoid long layovers when possible. If you could take advantage of a stopover of a few days, however, and it happened to be in an exciting city like London, that would certainly change the equation.

Both American Airlines and British Airways offer the option to include a London stopover in your itinerary, depending on the route you’re flying – it’s most common on flights where your destination is elsewhere in Europe or in Africa. On a long trip to Africa from the U.S., having a longer layover in London is even nicer, as it allows you to acclimate more slowly to the changing time zones, but even if you’re just flying to another city in Europe it’s worth learning how to get the most out of stopovers if you can enjoy a few days in London as well.

Flying one airline from your home airport to your destination with a stopover in London is considered a multi-stop trip, but there’s another way to get a few days in London en route to where you’re going – it’s just a bit more DIY. If you’re flying to another part of Europe, it’s worth looking into whether it’s cheaper to fly into London on a major airline and then switch to a budget carrier like Ryanair, easyJet or bmibaby for the final leg of your journey. This kind of itinerary does require more logistical coordination on your part, but it’s absolutely do-able – and then you can make your London stopover as long as you’d like.

Finding cheap tickets to London is often a challenge, especially in the summer, but if you can combine a stopover in London with a trip somewhere else this summer then it’s almost like getting two holidays in one.