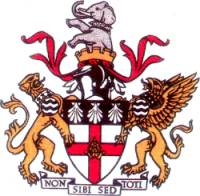 Camden is one of London’s most diverse boroughs stretching from the central entertainment and business districts of Covent Garden and Holborn in its south, up through Euston, Kings Cross and trendy Camden Town to the leafy and affluent Hampstead area.

The borough as it stands today was created in 1965 by the joining of the metropolitan boroughs of Holborn, Hampstead and St Pancras. Among the many sites and attractions in Camden are the British Museum, the British Library, many schools of the University of London including University College London, the new Eurostar terminal at St Pancras, part of Regent’s Park, Primrose Hill, Highgate Cemetery, Camden Market and Hampstead Heath.

The population is ethnically mixed and the borough has its share of extremely wealthy and very poor residents. Some of the famous names who have lived in the borough include Charles Dickens, Benjamin Disraeli, Karl Marx, Frederick Engels, John Keats, John Maynard Keynes, Aldous Huxley, Henry Moore and a slew of modern actors and rock stars. Here are some key facts about the London Borough of Camden.

Education
The council runs 41 primary schools, 9 secondary schools and 6 special schools
47% of residents in employment have a degree
17% of people of working age have no qualification