What to Eat in London: Famous British Food

It’s been said for years that British cuisine doesn’t exactly compete with other cuisines you can find in Europe because…it’s terrible. But all jokes aside, London is an incredible city with plenty of good food choices.

From eating in a pub to choosing a trendy restaurant, London doesn’t lack places to put hunger at bay. London is a multi-cultural city and food follows the trend. You can find pretty much any ethnic cuisine you can think about but if you are after British fare, here are the famous foods to try while in London: 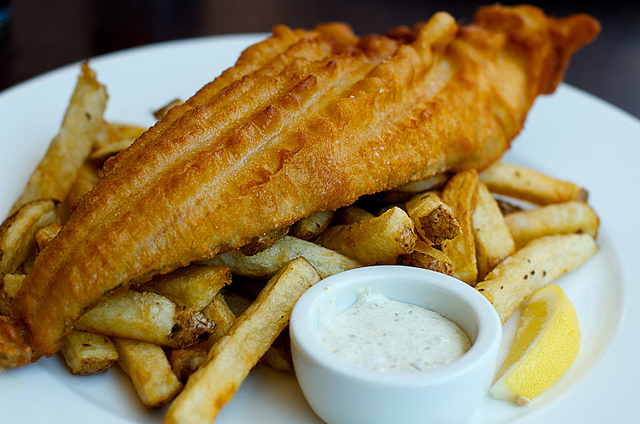 The fish is usually cod but haddock or plaice are also used. The fish is deep fried and comes with chips (French fries). Peas are also added (either just boiled or mashed). Onion rings might come as a side dish, too, but you are always asked if you want them.

Traditionally the pie was made with eel but nowadays it’s been replaced by beef. But you can still find places serving eel – either stewed or jellied – along with mash and a curious looking gravy (which is green). 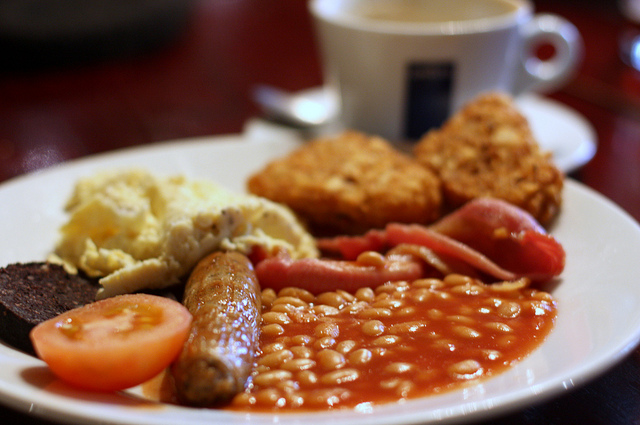 It is a hearty breakfast consisting of eggs , bacon, sausages, baked beans, mushrooms, black pudding and fried bread. The black pudding is made from dried pig blood and fat . 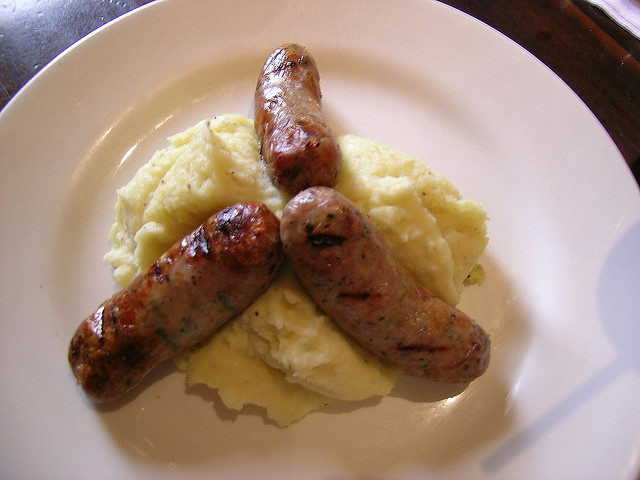 Bangers are sausages in England and they are served with mashed potatoes. Onion rings might be served alongside the dish, too. 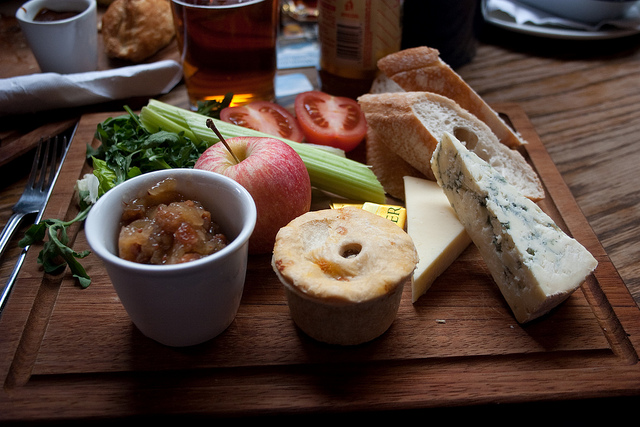 In a pub, if you order a ploughman’s lunch , you get crusty bread, some tangy cheese such a cheddar and pickles on the side. 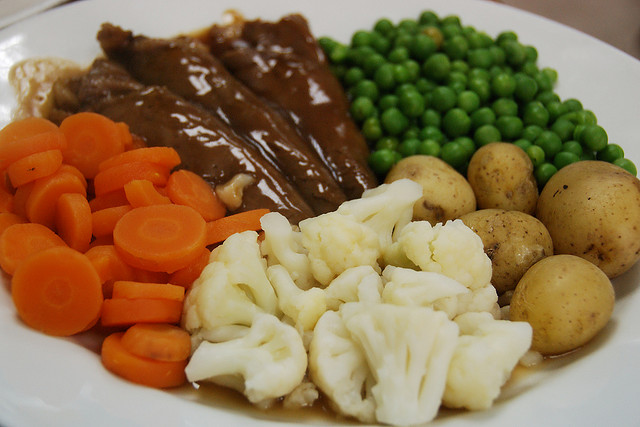 The roast beef is part of the traditional Sunday lunch. It consists of roasted meat served with vegetables such as carrots and Brussels sprouts. Potatoes and Yorkshire Pudding accompany the dish, too. 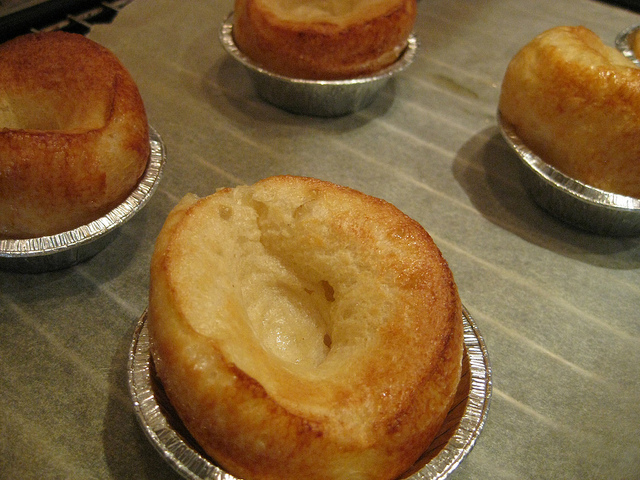 This is not a desert. It is part of the main course and consists of batter made with flour, milk and eggs. It is baked in the oven and usually moistened with gravy.

Traditionally, a large, flat one is filled with gravy and vegetables to be served at the main course or as a starter. What’s left after the meal is served with jam or ice-cream for desert. 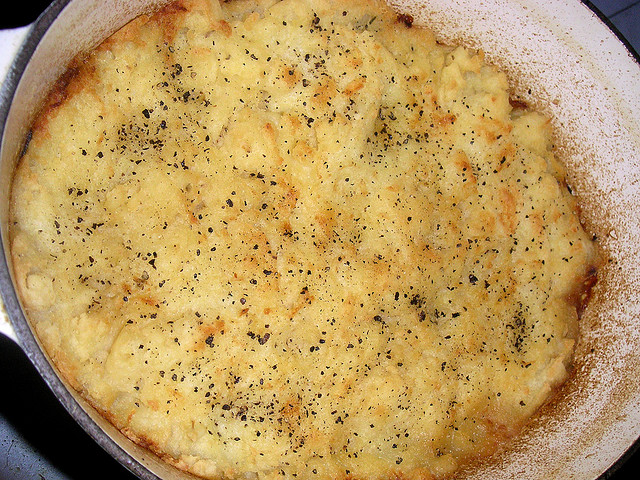 The dish is made with minced lamb and vegetables. It is topped with mashed potatoes and put in the oven until golden. 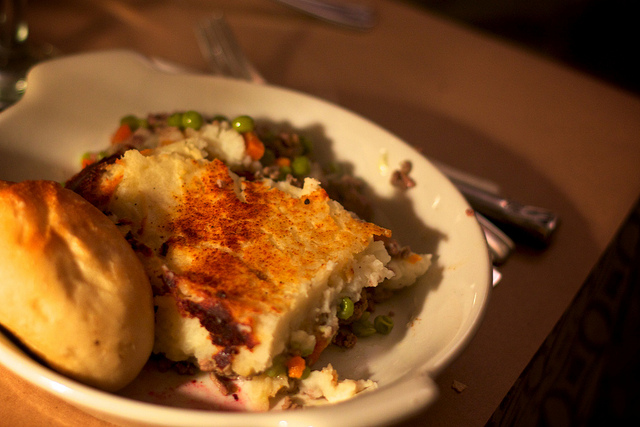 It is similar to the Shepherd’s Pie but is made with beef instead of lamb. 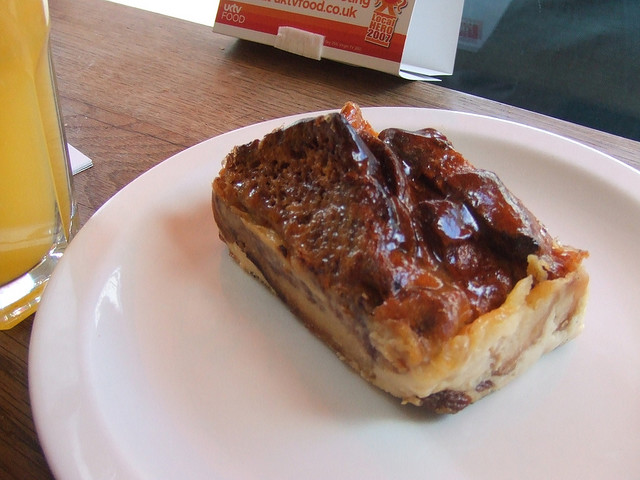 This is a desert made with layers of bread and dried currants which are baked in cream. It can be quite addictive. 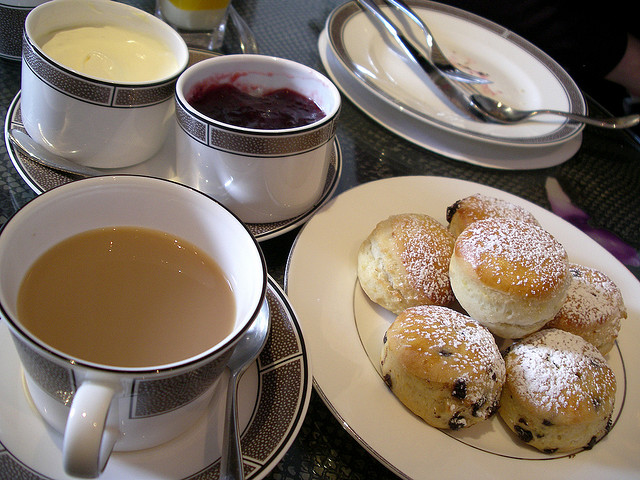 In London, cream tea is what you want to have. Along with a properly brewed cup of tea, you also get scones served with jam and clotted cream or sandwiches made with slices of cucumber. 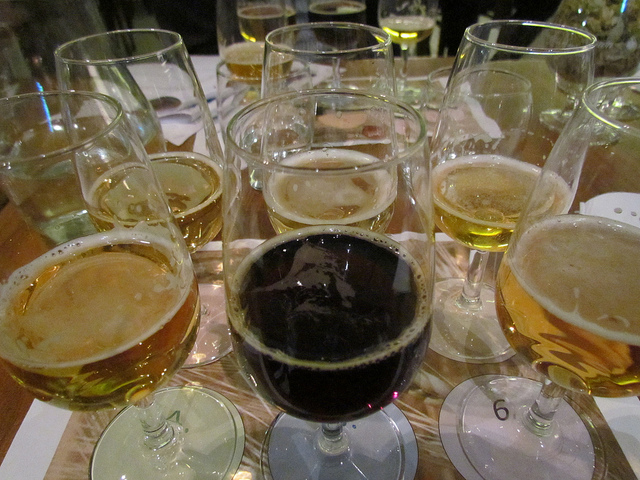 Just step in a pub and you’ll be amazed by the many varieties of beers available. Any type of beer may accompany a dish in the pub. Oh and the beer you know elsewhere in the world is called “bitter” here, for English beer ask for “lager”. 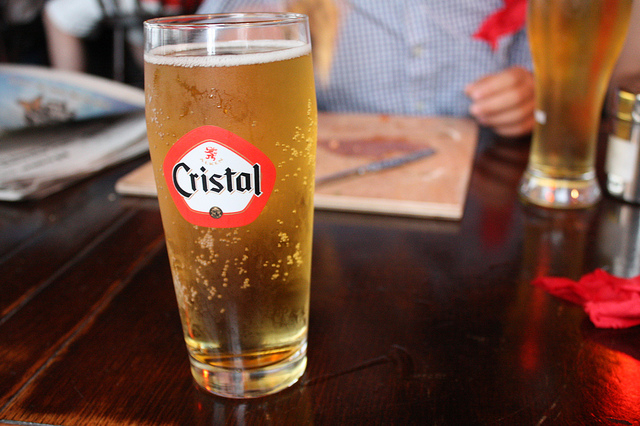 It is an alcoholic beverage, often stronger than beer. It is made from the juice of apples, which is allowed to ferment.