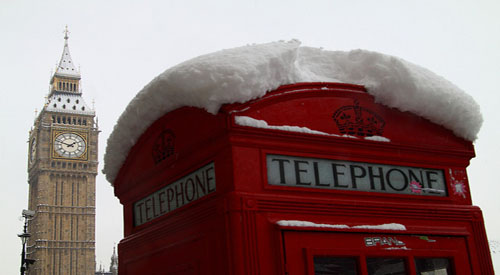 Between the January sales crowds and the New Year crowds, it can be hard to tell that January in London is the low season.

And despite the shorter days and cold weather, a little winter cheer persists: the ice rinks and Christmas fairs linger for a bit, and there’s still a chance of snow in the capital.

But perhaps most importantly? January in London is your chance to find an amazing deal on a flight and hotel room, and have more elbow room to enjoy your favorite London attractions!

For January temperatures and suggestions about what to pack, see London Weather.

Rather than a stream of deals throughout the year, London’s stores hold two main sales: during December-January (often from 26 December through the second week in January) and June (generally the first week of the month). With an opportunity to save as much as 50%, crowds for these sales tend to be huge, focused and even aggressive; scoring a deal at a London sale can be similar to bringing a trophy home from battle. See our Shopping guide.

THE LAST BIT OF CHRISTMAS

The Lion’s Part: Twelfth Night
Monday, 3 January
An annual celebration of seasonal English traditions and the end of Christmas. Learn all about mumming, wassailing, King Bean and Queen Pea. The event starts outside the Globe Theatre in Southwark at about 1pm.

Farewell to Christmas
Thursday, 6 January
A service to mark Twelfth Night at the Geffrye Museum, with music, carol singing, Christmas-decoration burning, mulled wine and cake. The event starts at 4pm outside in the museum’s garden (dress warmly), and lasts for one hour.

London Art Fair
Wednesday, 19 January – Sunday, 23 January
Over 100 galleries will gather at the Business Design Center in Islington to celebrate the best of the city’s 20th-century and contemporary art. Click here for information on tickets and pricing.

Australia Day
Wednesday, 26 January
The Aussies’ national day — commemorating the landing in 1778 of the First British Fleet and the setting up of the colony at New South Wales — is a great excuse for a party in London. The Australia Day Foundation UK holds their annual fête at Australia House, and there’ll be a rousing celebration at the Walkabout sports pub in Covent Garden.