Getting from Glasgow to London (and return) 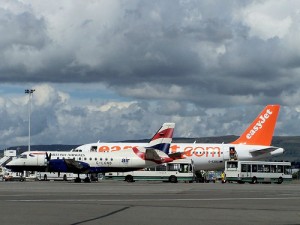 Glasgow is the biggest city in Scotland and is located on the banks of the River Clyde. The third largest city in the UK remains an important industrial center, but over the years, the culture, architecture and music have gained a lot more importance. It is now a center of tourism, commerce and culture, being one of the most visited cities in the UK. Glasgow boasts one of the best shopping scenes outside of London.

With so many low cost carriers serving the UK cities, it’s not fast, easy and cheap to travel between them. But, many travelers prefer to take things slowly and choose to travel by land.

If you are on a budget and don’t mind spending 8h to 10 h in a bus, then this is definitely the best option to travel from Glasgow to London as fares start at £12.50 one way.
However, if you are in a hurry and don’t mind spending some money on transfer to/from the airports, then flying is a good choice. The flight time is 1h 10 min and the fares start at £34 on EasyJet .

Flights from Glasgow (GLA) to London

Glasgow is served by two airports located close to the city:

Trains from Glasgow to London 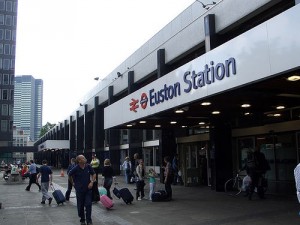 Trains to London depart from Glasgow Central and arrive at London Euston.

First Scot Rail runs trains from Glasgow Central to London Euston every 20 to 40 minutes, each day. The journey takes between 4 ½ h and 5h, depending on how many stops there are along the route. Trains from London Euston depart to Glasgow every hour. The cheap single standard ticket is £57.35 and the cheapest off peak return ticket is £114.70.

Buses from Glasgow to London

Coaches from Glasgow to London are operated by:

Driving from Glasgow to London

There are three possible driving routes between Glasgow and London:

Regardless of which one you choose, make sure to plan some stops along the way.