Getting from London to Bristol (and return) 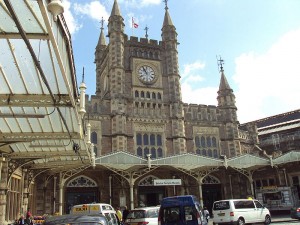 Bristol ranks fourth in the top destinations in England , having a long maritime history and offering a variety of activities. During the summer, the city comes to life thanks to the many festivals taking place here.

Although the city is served by Bristol Airport (BRS), the ninth busiest airport in the UK, and a major base for both Ryanair and EasyJet, there aren’t any flights to/from London due to the short distance between the two cities. Actually, London’s airports are very good alternatives for those who need to travel to Bristol. Heathrow (LHR) is just 2 hours by car from Bristol via M4, while Gatwick and Stansted are 3 hours by car.

The cheapest way to travel from London to Bristol is by coach. Fares start at £5.50 one way and the journey takes between 2h 20 min and 3 h, depending on the traffic.

Trains from London to Bristol

Trains depart London Paddington Station and arrive at Bristol Temple Meads Railway Station, which is located 15 min from the city center and is the oldest, continuously and still operating train station in the world.

Buses from London to Bristol

There are two companies which offer bus services between London and Bristol:

Driving from London to Bristol

Bristol is located 118 miles west of London and can be reached by car in about 2 h 10 min via M4.