Getting from London to Brighton (and return) 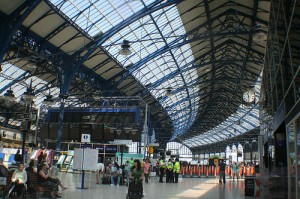 Brighton is charming seaside resort on the south coast of England. What started as a small sleepy fishing village, over the centuries gain more and more importance. With the development of the railways, the city really started to boom and now is a good place to escape the capital of London, which is located near-by.

Its proximity to London means that the city can easily be reached by air via the airports serving the capital. Gatwick is the closest, located about 25 min by train from Brighton.

The cheapest way to travel from London to Brighton is by coach. It takes about 2 h and the single fares start at £3.50.

Trains from London to Brighton

Southern connects London Victoria Station to Brighton and there are departures every 10 or 20 minutes. The travel time is about 1h and it depends on the stops along the way. Single fare starts at £6.75 but it depends on the hour of departure and how much in advance you book the ticket.

First Capital Connect runs trains between London Bridge and Brighton and there are departures every 20 or 30 minutes. The travel time is about 1h and it depends on the stops along the way. The cheapest standard singe ticket is £20 and the cheapest anytime day single ticket is also £20.

Buses from London to Brighton

National Express operates coaches between London Victoria Coach Station and Brighton. Coaches depart London hourly. The travel time is between 2 h and 2h 20 min and depends on the traffic and number of stops along the way. The single fare starts at £3.50 and depends on the date and time of departure.

Driving from London to Brighton

The shortest driving route from London is via M23 and A23. You can drive the 53 miles in about 1 ½ h. But once you are in Brighton , you might want to leave the car in a parking lot and tackle the city using the public transportation as it’s quite congested.