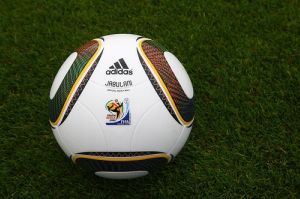 Knowing that the World Cup is coming up in the summer of 2010 doesn’t make it seem any more real – or close at hand, for that matter – to some people. If you have tickets to any of the games, however, or are planning to head to South Africa to experience the fun first-hand, then it better be real to you by now. In fact, it really needed to be real to you about six months ago!

What I mean by that is prices on things like airfare and accommodation have done nothing but go up for the last 6+ months in South Africa, and they’re only going to continue in that direction. Some people booked their trips to the World Cup long before they knew who’d be playing, while others waited to see if their country would be in the tournament. And many people already have their airline tickets in hand.

If you’ve been procrastinating on booking your trip, all is not lost. Some money may be lost, to be sure, since you probably have missed out on the best deals already, but there are still ways you can avoid paying a fortune for things like airfare and accommodation.

BootsnAll’s UK sister site recently published a series of articles about how to save money on your trip to South Africa for the World Cup if you’re coming from Europe – and since many of the best deals involve flights through London’s massive Heathrow Airport, much of the advice in those articles is London-centric. So if you’re flying south come June, be sure to check out the round-up of World Cup travel deals from Europe to help you get the most for your travel money.

In this series, you’ll learn:

And be sure to click over to the World Cup Blog, with a dedicated site for every single team in the tournament.