Free Things to Do in London 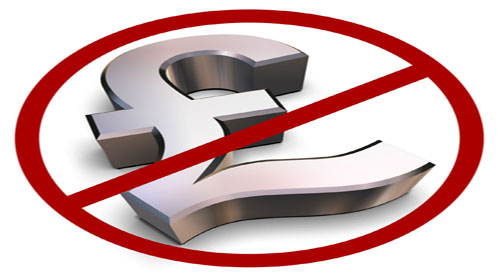 Surely you’ve heard by now that London is an expensive city for visitors. (Some might even say very expensive.)

But the good news? It’s also chock-full of free attractions, activities and experiences — enough to fill your entire vacation.

Here are some of the best free things to do in London:

Immerse yourself in some culture

Free entrance to many of the major art galleries in London, like the Tate Modern, National Portrait Gallery
and National Gallery, allows you to bask in the glow of some of the world’s greatest works of art. It’s also free to enter most major museums like the Science Museum, Victoria & Albert Museum and Natural History Museum, which coincidentally inhabit the same two-block radius in South Kensington. Spend at least a day in the dazzling British Museum, and before you know it, it’ll be time to come home — having spent £0. (Quite literally, priceless.)

Catch a lunchtime music recital at St Martin-in-the-Fields or at the Royal Opera House. At the National Theatre in Southbank Centre, visit the theater’s foyer to catch a free concert (before the evening/afternoon’s main attractions) or check out a series of art exhibitions.

The Royal Academy of Music, near Regent’s Park in Marylebone, has a whole slew of free performances throughout the week, from strings to opera; download their calendar of events to plan accordingly.

Get cheap London theater tickets at the Donmar Warehouse, the Young Vic, the Barbican, Soho Theatre, Royal Court and more.

Visit city landmarks like Piccadilly Circus, Tower Bridge, St Paul’s Cathedral, Leicester Square and Trafalgar Square, or go and see the famous Changing of the Guard. Between the people watching, the pomp and the circumstance, chances are you’ll spend no more than Tube fare.

You can learn a lot about the city, its citizens and what it holds both dear and delicious at London markets. In every given corner of town, there’s a different market on every day. Wander through Spitalfields to see the wares of local clothing and jewelry artisans. Poke through Borough Market from Thursday to Sunday to plan a sneak attack on free samples. Or, explore Leadenhall Market to see one of the most ornately decorated commercial structures in the United Kingdom.

Enjoy a bit of the great outdoors

It’s just as free to explore London’s parks. As one of the greenest cities in Europe, London offers miles of parkland, featuring ponds, lakes, playgrounds and drop-dead gorgeous gardens. In Kensington Gardens, visit the Serpentine Gallery and its tiny gem of a bookstore, and in Hampstead Heath, stop by Kenwood House to see its exquisite library. All of the city’s Royal Parks offer free guided tours, which offer great opportunities to explore the city’s natural environments.

Head up London’s highest hills for some of the best views over London. The Royal Observatory at Greenwich (home to the Prime Meridian Line that determines Greenwich Mean Time) sits atop Greenwich Park, alongside the National Maritime Museum, and looks out over all of East London. At the top of Regent’s Park, Primrose Hill offers an unfettered view of Central London, and atop Hampstead Heath‘s Parliament Hill, you can see most of  the city, from the West End to the London Eye.

To see a stretch of the longest river in England, stroll along the Thames Path. While the entire path is within easy reach of the city by train, only two sections lie within London’s limits: Section 14, which leads from Battersea Park and the South Bank to Chelsea and Embankment; and Section 15, which heads through Greenwich to the Thames Barrier. You can either take yourself for a walk here, or join an equally free, guided tour.

Have a laugh and enjoy yourself

The artist-owned and run Notting Hill Arts Club features three free weekly events: Saturday afternoon parties and events given by the Club’s resident music store/gallery space, the Rough Trade Shops; all events from Monday-Friday are free to enter between 6-8pm; and on Wednesday nights, boogie is free at Death Disco.

There are also special club nights at The Social near Oxford Circus where, before 10pm, you may get your groove on (or rock some hip hop karaoke) free of charge.

Not exactly free, but for a £3 cover charge, you can watch second-run movies from Sunday through Wednesday at the Roxy Bar and Screen. It’s recommended to arrive by 7pm in order to grab a good seat; unless you have a yearly, £30 membership, seating is first-come, first-served.

To discover who’s considered locally famous in the UK, go see a taping of a BBC radio or TV show. Listings are published a few months in advance and fill up quickly, but it’s usually possible to catch something entertaining (and new to you) even at the last minute.

Or, chuckle over some free comedy every Monday night at either the Theatre Royal Stratford (near the Stratford Tube station in East London) or the Builders Arms in Kensington. At the latter, big name performers are known to stop by, so it’s best to arrive early.