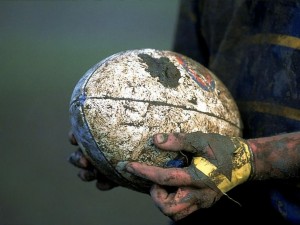 At the professional level in the UK, rugby is split into two major categories — national and league.

Four of Premiership’s clubs are based in or near London: Saracens, London Wasps, Harlequins and London Irish.

Saracens
Taking their name from Saladin’s 12th century warriors, who were known for their mobility and endurance, Saracens were formed in 1876 and played for most of their history in the Enfield area of north London. After 1995, they moved from their Bramley Road ground to Enfield’s football ground and finally their present home at Watford Football Club’s Vicarage Road Stadium. Watford is at the end of the Metropolitan Line, just within the boundaries of Greater London.

London Wasps
Formed in 1867, the Wasps were based at Sudbury near Wembley until the professional game began. For a while they played at Queens Park Ranger’s Loftus Road football stadium in west London’s Shepherd’s Bush, a less-than-ideal ground for rugby. Currently, they’ve moved completely out of London to Adams Park, High Wycombe in Buckinghamshire, which is reachable by road, rail or bus.

London Irish
Started in 1898 by expat Irishmen, the Irish have moved several times between south and southwest London. Another team who’ve moved out of the capital, the Exiles now play their home games at Reading Football Club’s Madejski Stadium.

Harlequins
Founded in 1866 as Hampstead Football Club. The name was changed in 1870 because players were coming from outside the Hampstead area, but the HFC monogram was retained; when members worked their way through the H’s in a dictionary, they stopped at Harlequin. Since the early 1960s, they’ve played their home matches at the Twickenham Stoop near Richmond.

**The rugby season is from September to May**

At the national level:

The Six Nations Campaign (also known as the RBS 6 Nations) is played in February and March between England, France, Ireland, Italy, Scotland and Wales.

Every four years, the Rugby World Cup is held. The next one will be November 2011 in New Zealand.

For tickets to international matches, be sure to visit the RFU website.

At the league level:

Besides playing within the Premiership for the Semi-Finals, Finals and domestic Anglo-Welsh (or LV) Cup, these teams may play for the European Heineken Cup and Challenge Cup.

For tickets to league matches, be sure to visit the Aviva Premiership site.