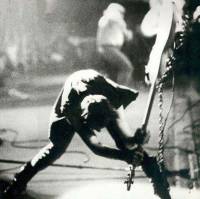 BBC London are holding a competition to find a song to use as London’s Anthem for 2012. That’s when the Olympics hit town and they say they’re looking for a feelgood song to get everybody in the mood for the games.

The competition will take place every year until 2012 when the eventual winner will be decided. What they are looking for is an ‘original song with inspiring lyrics which capture the spirit of the capital and get people to sing.’ This years winner will get their song arranged and performed by professional musicians on 8 July at this summer’s Sing London festival at the Royal Festival Hall.

To enter you have to be living in London (you don’t have to be British), the song must be your composition, no longer than 3 minutes and entries must be in by 5 April. Songs can be entered in any form and five will be selected to be voted on by viewers and listeners of BBC London radio and tv.

So if you’re an undiscovered songwriting genius get your entry in and you could have massive exposure in 2012.