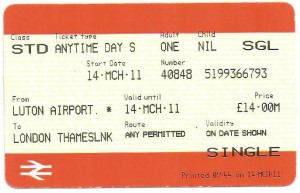 London Luton Airport is the fourth busiest international airport in London. It receives domestic flights, as well as international flights. Many low cost carriers (including WizzAir and BlueAir) fly here.

Unless your hotel provides transfer from the airport to the city center (and vice-versa) you’ll need to use the public transport to get around.

By bus and train

Once you get in the airport and passed the border check, make your way to the bus/train First Capital Connect booth in the lounge. You can get a ticket which includes the shuttle ticket to Luton Airport Parkway Station and the train ticket to St. Pancras / King’s Cross. The ticket costs £14 one way for an adult. You can purchase the shuttle ticket directly in the bus (£1.50) and then get the train ticket from the station. 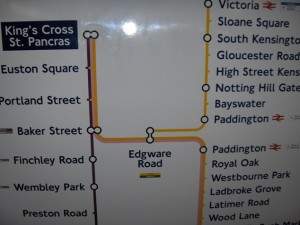 From St Pancras International you can catch another train to the East Midlands and Yorkshire on East Midlands Trains. Or walk to King’s Cross Tube Station and catch a train to other parts of London. There are three tube lines which you can take from here: District (Black), Hammersmith and City (Pink) and Circle (Yellow). You can pick up a free map within the station and it’s very advisable to do so.

National Express offers links from bays 4, 5 & 6 to destinations across the UK.

Virgin Rail Link connects directly to Milton Keynes Station. From here you can take the Virgin Trains to the West Midlands and the West.