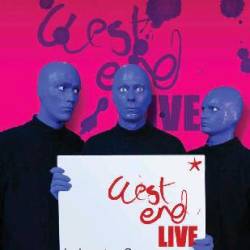 West End Live is a free event organised by Westminster City Council happening this weekend, 23-24 June, in Leicester Square that showcases the best of West End theatre and some of the best tourist attractions in London.

Leicester Square will be transformed with a giant outdoor stage where some of the major productions on in the West End at the moment such as Dirty Dancing, Lord of the Rings, The Sound of Music, Chicago, Mama Mia, Stomp and many more will perform extracts from their show. Other acts on the main stage will include the Sylvia Young Theatre School, a Bollywood showcase performance, the Japanese pop performance group Frank Chickens and the hip-hop/urban dance of Zoo Nation.

Many of London’s main tourist attractions and cultural institutions such as the Science Museum, the London Dungeon, the Wallace Collection and the National Gallery will be present in the marquees and stands around the square promoting what they have for visitors and in this area you can also try making an animated film, be a Bollywood star, have a monstrous makeover, try on real armour, create your own puppet show, explore the world of spy gadgetry, enjoy a display of classic film cars or have a go at stage combat, Parkour or circus skills. They’ll also be exhibitions by comic superstore Forbidden Planet, Film London, the Serpentine Gallery and BAFTA.