Visit London during the 2012 Olympics 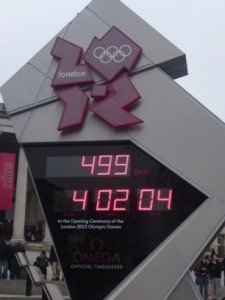 I’ve just been to London this March. During the 5-day vacation it didn’t rain, we used the tube to get around and visited everything we planned to. And should I mention that the hotel was actually cheap? Sure, when planning for the 2012 Olympics in London , you’ll have to rack up a bigger budget than we had.

London is not cheap but it’s possible to get by on a low daily budget. Our hotel – gracefully located right by two tube stations, offering links to the entire city – offered the breakfast, which is enough to get you started. Once on the road, you can easily find places to eat which won’t burn a whole in the pocket. Pubs are amazing and cheap.

But the biggest expense will be the airfare to Europe . The prices are seasonal and the Olympics are just another reason to charge more for everything, although you will be flying during the high season anyway. So, do the research ahead of time and book your flight and hotel. You should also check the deals on Virgin Atlantic , particularly if you fly from the United States.

But on top of that, remember that London is filled with free places to visit. British Museum offers enough interesting things to see to keep you busy for at least half a day. And did I mention it’s free? The National Gallery is free, as well, and don’t forget the changing of the guards at Buckingham Palace. Just take your time and soak up the atmosphere in the heart of the city. It’s so worth it!