This post is brought to you by Hotels4u. For more information on sponsored posts read here. 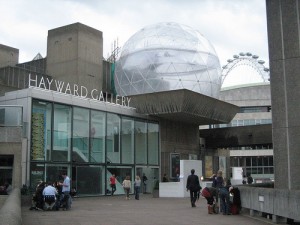 From the Tate Modern to The British Museum, London is known for being home to some of the world’s best museums, and with most being free of charge, the wide selection can be overwhelming and many of the smaller ones are overlooked. We’ve rounded up some of the most underrated artistic and educational establishments around the capital, that prove that when it comes to museums, bigger isn’t always better.

Home to some of the UK’s oldest specimens from animal fossils to human skeletons, the museum showcases a number of anatomical and zoological pieces and paintings assembled by the 18th-century surgeon John Hunter, whom the building is named after. Part of the Royal College of Surgeons in the heart of central London, there are 3,500 bone-chilling artefacts to view. If you’ve exhausted yourself and need a cheap place to stay nearby, browse the offers from Hotels4U.

Based in East London’s Bethnal Green, the Museum of Childhood houses a wide assortment of child friendly items from the Victoria & Albert Museum’s collection. From games to school essentials, the objects take you throughout the centuries, from the 1600s to modern times, to reflect each generation’s childhood experience. Ideal for kids, it’s a fun, interactive way to engage with history while enjoying a day out in the city.

Open to the public since the early 1800s, you can find the famous British architect’s house, museum and library at No. 13 Lincoln’s Inn Fields, with the buildings dating back to 1792. Also referred to as an ‘Academy of Architecture’, the museum showcases various collections of Sir Soane’s from sketchbooks and drawings to Roman works of art among other antiquities.

Often overshadowed by the Tate Modern, the famous gallery celebrates some of the world’s most controversial and explorative artists. Opened in 1968, its architectural structure reflects that of British buildings from the ‘60s with its warehouse-style design. Part of the capital’s South Bank Centre, there are plenty of visual art shows and exhibitions to view with some of the most famous including Tracey Emin’s infamous Love is What You Want and works by Andy Warhol.