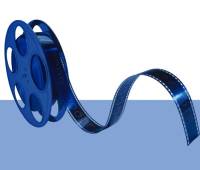 This Saturday 17th March there’s the first London International Documentary Festival taking place at the British Museum. The festival has the title A Conversation in Film and the films are being shown in the BP Lecture Theatre, the Stevenson Theatre and the Sackler Rooms starting at 10am.

The films being shown are divided into four sessions starting at 10am, 11.45am, 1.35pm and 3.45pm, with four films in the first, five in the second, six in the third and three in the fourth session. They range in length from around 5 minutes to 90 minutes and are from countries all around the world including France, Germany, Italy, Tanzania, Lebanon and Mexico. They’ll be question and answer sessions after some of the showings with the documentary makers.

Among the interesting sounding films on show are El Inmigrante looking at the immigration situation along the US/Mexico border, The Seeds about a family living in the Siberian mountains, Half-Life: A Journey to Chernobyl telling the story of the people on the ground who dealt with the nuclear accident at Chernobyl and A Different Story about an election campaign in Sicily.

Tickets for all films are £3 and you can book tickets through the British Museum box office.