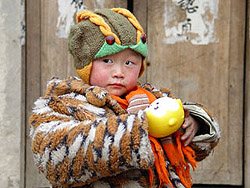 The Barbican Arts Centre in the City of London along with the group DocHouse is presenting a series of films this month as part of the Oxdox:MK International Documentary Film Festival. The screenings start this Thursday 12 April, with a double bill each week for the next three weeks. The films on show are as follows.

12 April Hacking Democracy A film by directors Simon Ardizzone and Russell Michaels that asks are American elections fair and looks at a Seattle woman investigating how private corporations count Americas vote. There’s a question and answer session with the directors afterwards. The film starts at 6pm.

Can Mr. Smith Get to Washington Anymore? which follows it at 8.30pm, is the story of a young part-time political science lecturer at Washington University who decides to enter the Democratic congressional primary race for the U.S. Congress. His opponent has held the seat for 28 years and run for President twice. The film follows the battle between an establishment and an outside candidate.

18 April Invisible Filmed entirely on Baffin Island, Nunavut, in the communities of Iqaluit and Qikiqtarjuaq by British director Roz Mortimer, this is the story of how scientists studying the breast milk of Inuit mothers discovered that it was loaded with chemicals migrating from the south. This horrifying documentary exposes the devastating effect these hormone-disrupting substances have on the reproductive systems and neurological health of animals and humans across the planet, to the extent that scientists cannot find a single woman anywhere in the world who does not have chemicals such as flame retardants in her breast milk. A 7pm start with a Q&A with Roz Mortimer afterwards.

Gulf Stream by French directors Nicolas Koutsikas and Stephan Poulle, a climate change documentary on the subject of which Stephan Poulle says ‘A time bomb is ticking away in the depths of the Atlantic Ocean and it is imperative that we disarm it now in order to bequeath to our children an earth as viable as the one we inherited.’

26 April Blood of Yingzhou District Ruby Yang’s film was the Oscar winner for Best Documentary Short follows a young AIDS orphan with a ferocious resolve to live while his extended family weights up whether or not to keep him. Its starts at 7pm.

MUSIC BY…GABRIEL YARED A film about composer Gabriel Yared who won an Oscar for his English Patient score. This documentary follows his collaboration with the director Anthony Minghella for the score of the film Cold Mountain.