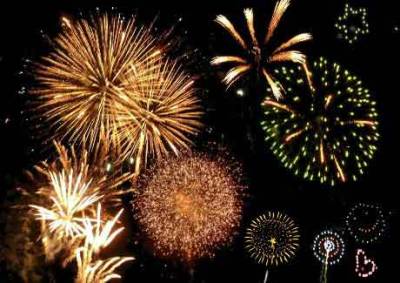 This time of year is boom time for anyone selling fireworks, people celebrating Diwali were firing them off for about two weeks and this weekend is Guy Fawkes Night when the rest of the UK build’s bonfires and lights up the night sky.

You’ll hear fireworks going off every night for a week or so before and after Guy Fawkes Night but November 5th is the actual day and when a lot of the big displays will take place.
Ask most people in Britain who Guy Fawkes was and they’ll probably say the guy who tried to blow up parliament but ask them why and I’d guess the majority wouldn’t know.

Guy Fawkes was an English Catholic who along with a group of other’s tried to blow up Protestant King James 1 and the English aristocracy in the Houses of Parliament in 1605 in the Gunpowder Plot. The conspirators managed to smuggled 1800 pounds of gunpowder into a cellar but Guy Fawkes was discovered there on November 5 1605, tortured into revealing who else was involved and after a quick trial the group were hung, drawn and quartered, a particularly nasty way to go where they hang you by the neck but don’t let you die, cut off your genitalia and disembowel you and finally cut off your head and cut your body into four pieces.

An Act of Parliament was passed making November 5 a day of thanksgiving for ‘the joyful day of deliverance’. This was in law until 1859 but the Guy Fawkes Night or Bonfire Night celebrations carried on. Every year people in neighbourhood’s would build large bonfires and put an effigy of Guy Fawkes on top and burn it setting off fireworks at the same time. Kids would make up a ‘Guy’ with old clothes and take it on the street to ask passer’s by for a ‘penny for the Guy’ to save to by fireworks.

By the 1990’s too many people were getting injured by fireworks that the law changed on who could buy and sell them. Nowadays most people go and watch organised Bonfire Night displays which are actually better because the expense of fireworks means you’ll see a better show.

This year November 5 is on a Sunday but a lot of the major events around London will be taking place on Saturday night. Alexandra Palace in north London has its usual big show with the firework’s starting at 7.30pm plus indoor and outdoor funfair’s and an ice rink. Tickets are £2 and they’re open from 4.30-11pm. Alexandra Palace British Rail or Wood Green underground are the nearest stations. ‘Ally Pally’s’ on a hill with excellant views across London to the centre of town and should be a great place to watch from.

If you’re in west London there’s a huge event in Battersea Park on Saturday November 4 for up to 55,000 people, this one organised by Wandsworth Council. Gates open at 6.30pm, the bonfire is lit at 7.30pm and the firework display is at 8pm, tickets are £5. Battersea Park is on the south bank of the Thames, the nearset tube stations are on the north side, either South Kensington or Sloane Square then cross Chelsea or Albert bridges or take a train to Battersea Park or Queenstown Road British rail stations.

Over on the eastern side of London just south of Greenwich Park and the Royal Observatory Lewisham Council is holding a free event for 40,00 people at Blackheath. This is a big wide open area and should give a good view. Blackheath is the nearest British Rail station and the show starts at 8pm.

Where ever you are in London this weekend they’ll be some kind of local Guy Fawkes Night display going even if its on a small scale just follow the groups of families who’ll be on the streets from about 6pm onwards.