Checking out the wildlife around London 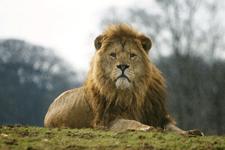 There are three wildlife parks that are within fairly easy reach of central London, all three to the north of the city.

Whipsnade Wild Animal Park is part of the Zoological Society of London which also runs London Zoo. Its located just south of the town of Dunstable, about 30 miles northwest of central London, set on 600 acres and was first opened in 1931. Among the animals with room to roam around a little are lions, cheetahs, elephants, zebras, oryxs, camels, wolves, bears, as well as areas for hippos, crocodiles and sealions and other animals.

The park is open everyday of the year except Christmas Day, opening everyday at 10am and closing at 4pm in the winter and 6pm in the summer period. Tickets are £13.50 adults, £10.50 child, with under 3’s going free. To get there by car from London just take the M1 north out of the city and take the Junction 9 exit. By train Luton Parkway or Hemel Hempstead Boxmoor are the closest stations but you’ll need to take a cab or bus from there.

Woburn Safari Park is another ten minutes further north on the M1 from Whipsnade and is part of the Woburn Abbey estate. The safari park opened in 1970 and you drive your own car through the park and can do so as many times as you like during the day once you’ve paid. Among the animals you can get up close to in your vehicles are lions, tigers, rhinos, giraffes, elephants, zebras, wolves and various primates. There’s a demonstration area where keepers give talks and displays with animals like sea lions, bird of prey, monkeys and penguins. They’re only open weekends in the winter period and fulltime from 9 March when tickets will be £15.50 adults, £13.50 child.

Paradise Wildlife Park is smaller than the other two but a bit closer to London near the town of Broxbourne in Hertfordshire. Its a family owned park that is popular with the local community, there’s an adventure playground, an ancient woodland walk, their Paradise lagoon where visitors can swim and a large collection of animals including Lions, Tigers Cheetahs, Jaguars, Snow Leopard, Camels, Alpacas, Capybara, Meerkats, Wallabies and more including many endangered species.

They hold many activities including shadowing a keeper, feeding different animals and one called Face Your Phobia where you can handle spiders, snakes and lizards to beat your fear. In the summer its open from 9.30am-6.30pm and from the beginning of November to the end of February its open from 10am-5pm. The park is about 30 miles north of the centre of London, to get there by car take the A10 north out of town and follow the signs as you approach Broxbourne. You can catch the train to Broxbourne from Liverpool Street station, and Paradise Park is around ten minutes by cab from there.