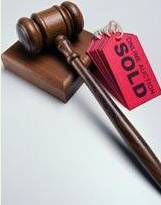 If you’re coming to London and for some strange reason have your back pocket bulging with cash, one way to spend it could be trying your nerve at one of the auction houses in the city. This doesn’t necessarily mean going somewhere where a picture starts at £10million but those places are there if you want to take a look.

Here are a selection of different auction houses, be careful who you wave at if you go.

Christie’s, founded in 1766 and the world’s oldest fine art auctioneer, it sells art, furniture, jewelry and wine at two central London locations, the King Street saleroom just off Piccadilly between Green Park and Piccadilly Circus, and the saleroom on Old Brompton Road in South Kensington. Thery’re open for sales Mon-Fri and for viewing only on Sat-Sun.

Sotheby’s has been in business since 1744 originally selling books. They branched out into fina and decorative art in the last century and now have the main office in New Bond Street and premises at Olympia in west London.

Bonhams was founded in 1793 and deals with anything collectable from fine art, furniture, antiques, modern pictures, jewllery and pretty much anything of value. They have two salesrooms in London, on Montpelier Street in Knightsbridge and New Bond Street. They say the New Bond Street location has sales and viewing Mon-Fri, 9am-5pm and the Knightsbridge one about 140 days a year.

Chiswick Auctions is on Colville Road, close to South Acton Tube near Gunnersbury Park in west London dealing in fine art, antiques and collectables. They are open for viewing Sun-Tues and auctions are every Tuesday from 12pm. This saleroom regularly features on many of the tv shows involving antiques that are poular on British tv.

Criterion Auctioneers founded in 1989 and auctioning antiques and contemporary furnishings at two locations in London, Essex Road in Islington and Chatfield Road near Wandsworth Bridge on the south side of the Thames. Viewing’s at both salerooms are Fri-Mon with auctions every Monday at 5pm.

If you fancy going after stuff that the police and bailiffs have recovered or is being auctioned because of bankruptcy try Frank G. Bowen Limited in the East End, not far from Stepney Green Tube.
For a more comprehensive list have a look at this link.