Tips for Finding Deals to London This Year 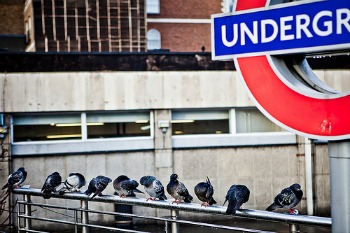 Travelers haven’t had much to smile about these days. There’s all sorts of bad news in the air, from natural disasters to the rising cost of oil, and for many 2011 is becoming yet another year of postponed vacations. Especially for anyone in the U.S., the cost factor alone is making us think twice about leaving home. It’s far easier to find cheap flights to Las Vegas lately than it is to find cheap tickets to London.

But the fact is that while Vegas has its benefits, it’s not London – and if it’s a London vacation you’re craving, nothing else will do.

One way to still get a trip to London in this year without breaking the bank is to avoid the peak summer travel season. Obviously there’s a reason why London and the rest of England are both so popular in the summer – the weather is pretty unpredictable in the spring and fall, and it’s more fun to have a sunny holiday than a rainy one. The British Isles routinely get named on “where to go in June” or “where to go in summer” lists, despite the higher cost and larger crowds.

If you can adjust your travel plans and wait until the fall, however, you can save quite a bit on your trip to London. A winter trip will save you even more, but then you’re even more guaranteed of getting rained on. Start hunting now for deals on flights in September and October, even if you won’t be buying tickets for another couple months. Knowing what the prices are like now will mean you’ll know a deal when you see one and will be able to buy without second-guessing.

If you absolutely can’t change your travel plans and your trip has to be in the summer, there are still some things you can do to mitigate the cost of your vacation. London has several major international airports to choose from, so be sure to check them all for the best deals on flights. Heathrow may be the biggest, but it’s also rarely the cheapest. Stansted comes up often with the best fares, and it’s also the furthest one from the city itself (so remember to factor in the cost of transportation). Also remember that flights to London from major hubs in the U.S. may be cheaper than from your home airport – so if you can find super cheap flights to LA (for instance), you may be able to combine those with a deal on flights from LA to London. Leave no stone unturned when you’re looking for travel bargains.

Keep in mind that there are some special events going on in London this summer that may make prices go up even more. You may not be on the hunt for travel deals to Wimbledon, but if you happen to plan your trip to London while the tournament is going on you could find yourself stuck with higher hotel rates than you’d expected. Check on a London calendar of events before you plan your trip to avoid any events that may complicate your trip.