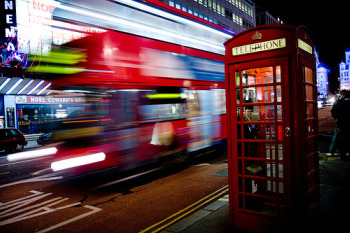 When it comes to European vacation spots, London really has something for everyone.

It’s an incredibly popular destination for first-time travelers from the U.S. who want an easy place to get their feet wet in the foreign travel department: it’s the same language (more or less), the food isn’t really what you’d call exotic, and there are world-famous sights in London that are great to check off.

One thing that remains a barrier to making a trip to London a reality for many people is the cost. Travel to the U.K. is expensive, but there are ways to make your visit to London cheaper – and therefore more accessible.

In this article we’ll explore the two biggest expenditures in any vacation budget – the airfare and the accommodation – and help you plan a London trip for less.

Although flights into London can be quite costly, you can usually find a decent deal if you know where – and when – to look.

Now, I know it’s a long flight from the U.S., but resist the urge to look at ticket prices on things like British Airways business class fares. You may find some good deals, relatively speaking, if you use the tricks you read on frequent flyer blogs, but unless you have enough miles to cash in for a free upgrade (or can sweet-talk a flight attendant into a free upgrade), stick with coach. It’s uncomfortable, but it’s cheaper.

London has a grand total of five airports serving the city, and although two of them are more geared toward short-haul flights within Europe you’re still left with three international airports to choose from.

Heathrow is the best-known airport in London, and by far the biggest, but flights to Heathrow aren’t always the cheapest. Be sure to check flights into Gatwick and Stansted airports as well – and if you don’t know all the correct airport codes, you can usually search for all airports in London on most airfare booking sites just by using the code “LON.” That way you’ll get prices on flights into every London area airport without having to do separate searches.

But even beyond looking at all three major airports in London, the easiest way to save money on your flight is by traveling to London in the low season. London is a big enough tourist city that there’s never an “off” season, but if you avoid visiting in the peak summer season you’re much more apt to find great deals on airfare. And I know it’s not ideal weather-wise in mid-winter, but flights to London can be extremely cheap in January and February. Pack a raincoat, you’ll be fine. (And you’ll be saving money!)

Once you get to London, accommodation is the next big place where you’ll spend money. If you’re unfamiliar with the city you may be tempted to book a hotel in a neighborhood you’ve heard of – something right in the city center and perhaps walking distance from one of the big monuments. You probably won’t be surprised to learn, however, that those hotels aren’t going to be the cheap ones.

This is a big city we’re talking about, and there are hotels in London in neighborhoods all over the city. Getting to know London’s neighborhoods will help you find cheaper alternatives to the big-name hotels in the city center without worrying about ending up in a part of town that will make you uncomfortable or actually be dangerous.

If you’re so inclined, you can also look into the many London hostels to save even more money on your accommoation. There are lots of choices when it comes to hostels in London, and many of them have private rooms now so you can even have a hotel-like experience (albeit perhaps with a bathroom down the hall) without high hotel prices.

Again, you’ll easily save money on accommodation by visiting London in basically any season but summer. There are other points on the calendar when prices go up (around holidays or big events in the city), but for the most part if you travel in something other than the peak summer season you’ll find lower hotel rates as well as lower airfare.