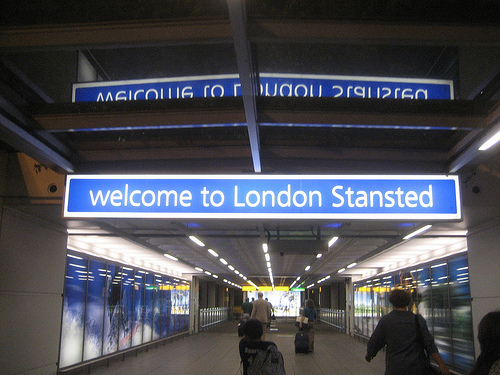 The third busiest airport in London and the United Kingdom (after Heathrow and Gatwick), London Stansted Airport (STN) is a major player among charter and low-cost airlines. Ryanair uses Stansted as their main London base and will often be your best bet, though many competitors here can match or even beat their prices.

The airport is situated in the county of Essex, 30 miles (48 km) from London’s city center.

Flights into Stansted — from nearly any European city, as well as other cities in the UK and Ireland — tend to be priced competitively; however, because much of its traffic is dominated by discount carriers (like Ryanair and easyJet), you’ll usually have to start from another second-tier airport well outside a city’s center.

When comparing prices for your journey, be sure to consider airport transportation time and costs; research flights with the code LON to simultaneously check flights into all London airports.

To get from Stansted to central London:

Black cabs/taxis are also available outside the terminal.