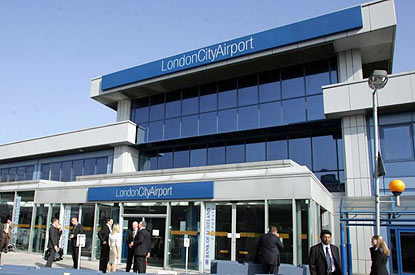 However, located just east of the city center on a former Docklands site, it’s also the most convenient to reach.

Because of its proximity to downtown London, LCY generally appeals to executive travelers, offering mid-size and private jet service to and from destinations across Europe and free wi-fi inside all terminals. British Airways offers two daily flights between New York’s JFK and LCY, but they tend to be extremely expensive when compared to Heathrow and Gatwick.

The major advantage of LCY is as a travel hub between London and other UK and European cities; airport transportation costs can stay low and flight routes are plentiful. If you’re considering a trip to London that will include other destinations around the Continent, London City Airport could be your best bet.

To get from London City to central London:

Black cabs/taxis are also available outside the terminal.