Pubs in London: What to Expect 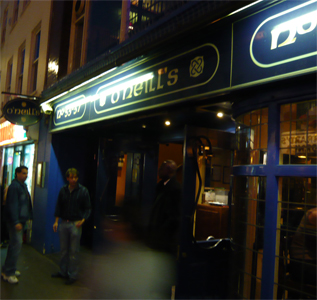 If this is your first trip to London, you might be wondering how a city pub is different than a typical bar.  Here are the basics so you’ll know what to expect:

What exactly is a pub?

The word “pub” is short for “public house,” or a traditional community gathering point. Unlike bars in most other places, pubs in the United Kingdom usually welcome all ages; in London pubs the age limit is about 14, but in smaller towns you’ll often see whole families in a local pub. Bars in London tend to be trendy and posh, while a typical pub’s atmosphere tends to be informal, straightforward and friendly.

What is the legal drinking age?

Legal drinking age in the UK is 18, but enforcement tends to be spotty; customers 16 and older can drink beer, cider, or wine along with a meal as long as it’s ordered by an on-site adult. There’s been recent talk of raising the age limit to 21, but so far hasn’t gotten much support. 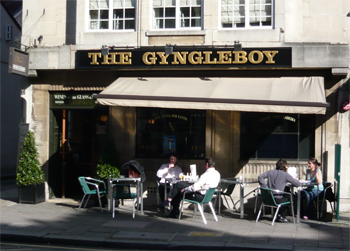 Can you smoke in London pubs?

Since July 1, 2007, smoking has been banned in all indoor public places in the UK, including pubs. A few London pubs have a patio area where smoking is still permitted, but the majority do not; most pubs have a near-constant huddle of smokers just outside their front doors.

In many London neighborhoods, you’ll find a pub on almost every major corner, often with colorful names like the Slug & Lettuce and Ye Olde Cheshire Cheese. Ask at your hotel or hostel for a recommendation, but for the most traditional pubs and lowest prices, head away from higher-end hotel and tourist districts (e.g., Leicester Square, Oxford Street, Knightsbridge, etc.).

4 to 5 blocks off the city’s most beaten paths, you’ll start seeing pubs with primarily local business. After dark, the crowds of door-smokers make it easy to find the most popular spots. Some pubs offer live music, football matches on a big screen, or simply a jukebox stocked with your favorite songs, and there’s no obligation to order right away; stop into a few different pubs to find the atmosphere that feels best. 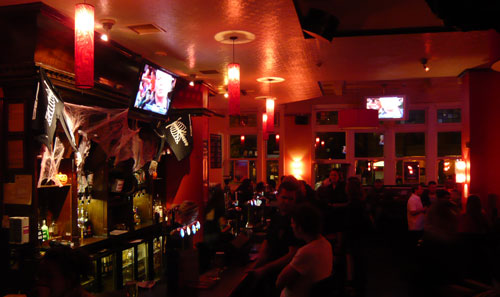 Things to do in London pubs

Many pubs have dartboards, though you generally don’t see them being used. A few of the larger pubs will have billiards tables, but these tend to be rare in the crowded, space-conscious city center. Nearly all pubs will have one or more “fruit machines,” slot machines with low payouts and bad odds. You might also find karaoke nights or the now-popular Pub Quiz. Generally, though, “punters” (customers) come to pubs to drink, talk and watch sports on the telly.

For many years, pubs were only allowed to be open for 12 hours; most were open from 11am to 11pm. As of 2003, pubs can apply to stay open up to 24 hours a day, but the vast majority pass up this debatable opportunity. If you’re looking for a later drink, you’ll usually have no trouble finding a bar or nightclub in the tourist and entertainment districts that stays open well into the wee hours.

Prices in London pubs tend to be similar throughout the city, with the exception of pubs located in busy tourist or business districts. As a general rule, a pub’s pint of beer will cost between £4 and £8, a glass of decent wine starts at around £6, and cocktails start around £7. 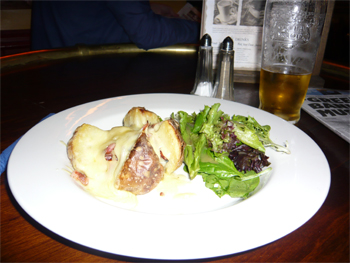 Menus in London pubs tend to be quite basic, with perhaps a dozen or so main courses from which to choose. In the more traditional places you’ll usually find classics like steak and kidney pie and shepherd’s pie, as well as fish & chips and roast beef. Food tends to be moderately priced (about £6-8 for a main course) and of, at best, average quality.

Since the 1990s, though, “gastropubs” have become increasingly popular, with far more interesting and thoughtfully- planned menus. Some gastropubs abandon English pub food altogether, while others take elements of traditional dishes and prepare them with higher-quality ingredients and presentations. At gastropubs, you can expect to pay £12 or more for main courses and on average, £10 for beers, glasses of wine and cocktails.

Many London pubs offer free wi-fi. You typically need to create an account on the provider’s website and you are good to go. In other places, the free use is limited to 15 minutes. However, don’t expect to always find a good connection. Pubs that offer free wi-fi have a sticker on the window showing this service.