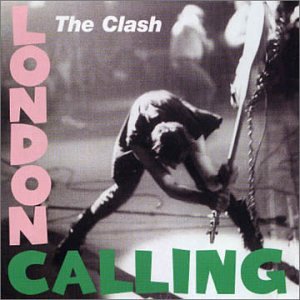 There are a lot of songs with London connections or connotations but I still don’t think there are the really anthemic songs somewhere like New York has that make you picture the place.

There are a few groups that have gone back to London as a theme a number of times, The Jam were one of the biggest bands going when I was growing up and they had songs like Down In The Tube Station At Midnight, A Bomb In Wardour Street and the brillant Strange Town ‘got blisters on my feet, trying to find a friend in Oxford Street…….when you ask in a strange town they say don’t know, don’t care and I gotta go mate’.
The Jam covered The Kinks’s David Watts and their songs Lola and Waterloo Sunset are seen as classic songs about the city.

One of my favourite bands The Pogues have done some of the best London songs, White City, London Girl and Lullaby of London, good lyrics and lots of energy.
The Clash were a great London band, saw their documentary Westway to the World the other night, what a top bunch of guys. They had songs such as Guns of Brixton, London’s Burning, White Riot(about the ’76 Notting Hill riots) First Night Back In London but their best London track has to be London Calling with one of the most recognizable openings.

A few others to throw in the mix Werewolves of London-Warren Zevon (good song), West End Girls-Pet Shop Boys(that is an 80’s classic), Baker Street-Gerry Rafferty( I was on a tube eastbound from Baker Street two weeks ago and a busker did this on the train, sounded good), London Bridge-Fergie(she looks great so we’ll let her get away with it), London Town-Light of the World(early 80’s British soul hit).

Not sure whether football songs should count, ‘My old man said be a Tottenham fan, I said f**k off, bollocks, you’re a c**t’, but this one should, Adam Kay and Suman Biswas’s London Underground sums up everyday life for millions of commuters in two minutes of hilarious harmonic insults to the tube network.