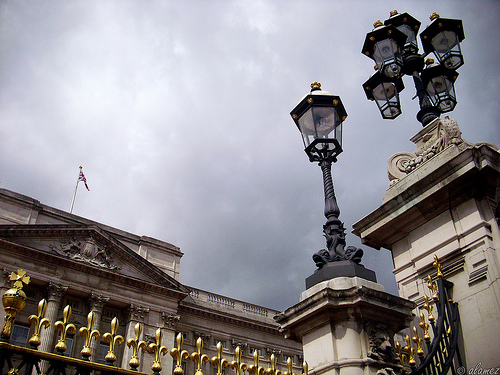 Buckingham Palace has been the official London residence of the Queen and the Royal Family since 1837, when Queen Victoria came to the throne. Located in the heart of London, bordered by Green Park on the north and St. James’s Park on the east, the palace is a half-mile from Big Ben, the Houses of Parliament and Westminster Abbey.

It’s one of the biggest tourist draws in the city, and throughout the year you’ll find crowds outside its gates or on the Victoria Memorial immediately in front of the palace, waiting for a chance to glimpse the daily Changing of the Guard.

The palace was originally built for the Duke of Buckingham in 1703 and acquired by King George III in 1762. Over the centuries it was steadily enlarged (by, among others, famed architect John Nash), and today comprises 775 rooms, covering 828,818 square feet. It also has the largest private garden in London, about the size of neighboring Green Park.

On British commemorative occasions, large crowds will gather outside Buckingham Palace to catch a glimpse of the Royal Family on the balcony.  On the Queen’s official birthday in early June, the Horse Guards Parade heads out from Buckingham Palace for a ceremony known as Trooping the Colour. Sporting events like the annual London Marathon also finish on The Mall, the wide thoroughfare in front of the palace. 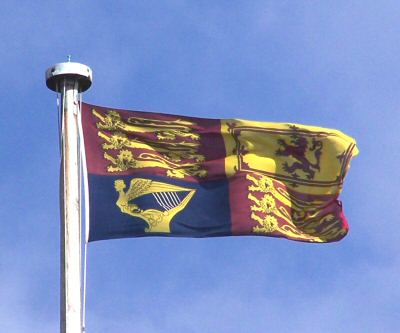 Visitors can tell whether the Queen is in residence if they see the Royal Standard (above) flying above the palace; if she’s away, the British Union Jack will be flying instead. The palace’s 19 State Rooms, filled with art and treasures from the Royal Collection, are open to the public during August and September (when the Queen is away on holiday).

Buckingham Palace is located at the western end of The Mall and the bottom of Constitution Hill. The nearest Tube Stations are Hyde Park Corner, Green Park, St James’s Park or Westminster. Map