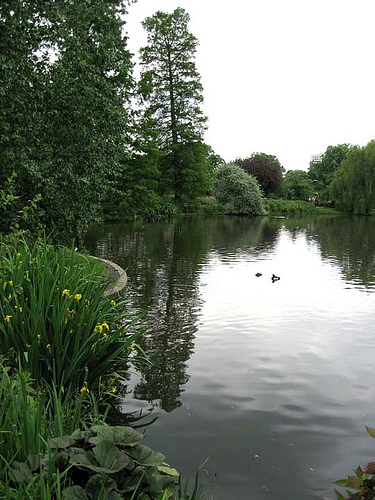 Regent’s Park is a 410-acre meandering idyll that begins at the northwestern end of Marylebone.

Sitting halfway between the Borough of Camden and the City of Westminster, it encompasses some of the city’s most stunning gardens, a navigable canal, the London Zoo, a theater, restaurants and a lake large enough to row across.

Originally one of Henry VIII’s exclusive hunting areas, the Regent’s Park wasn’t enclosed for public use until 1812. The then-Prince Regent commissioned the famous British architect John Nash to design and landscape the whole area.

Nash’s designs include the beautiful terraces and nine grand villas that surround the park, as well a boating lake and canal. Here, Regent’s Street was initially created to link St James’s Palace and a planned summer palace for the Prince Regent that was never built. 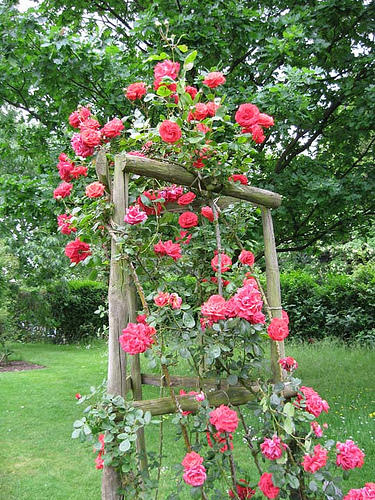 The Inner Circle surrounds Queen Mary’s Gardens, a beautiful series of formal plantings, tree-lined walks, fountains and hedges. Known for their spectacular roses, Queen Mary’s Gardens have over 30,000 plants, representing about 400 different varieties. Because the gardens are a fair distance from any main road, the Inner Circle generally gets very little traffic and can be very peaceful; with plenty of secluded areas, this is an ideal place to escape the madding crowds.

As you walk into Queen Mary’s Gardens from the western side, there’s a restaurant called The Garden Café, open from 10am-9pm in summer and 10am-4pm in winter.

Also nearby is the Regent’s Park’s open air theater, first opened in 1932 and home to the the UK’s oldest fully professional theatre company. The 1200-seat open air theater, open from May to September, is famous for its summertime productions of Shakespeare plays (especially its annual performance of A Midsummer Night’s Dream), but they also put on musicals, children’s plays and a series of Sunday evening concerts.

On summer evenings, the theater grounds open up 90 minutes prior to the start of performances, and you can bring a picnics, enjoy their barbecue and buffet, or visit one of the longest bars in London.

Nearby is an extensive Tennis Centre where you can simply turn up and play or take lessons from players who’ve grown up in the shadow of Wimbledon.

Just to the west is the start of the curving, willow-fringed Boating Lake, whose small islands play host to flocks of waterfowl. Along the west bank of the lake you’ll find The Boathouse, a restaurant with a large outdoor terrace that’s open 9am-8pm in summer, 10am-4pm in winter. Adjacent to the lake, from May to October, you can rent out rowboats and deck chairs.

Opposite the north edge of the lake is the beautiful London Central Mosque, opened in 1978. A cultural and spiritual center for much of the city’s extensive Muslim population, the mosque can hold up to 1,800 people and features a huge, comprehensive reference library of Islamic texts. 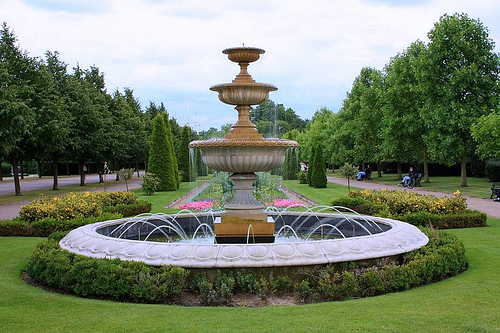 Heading northeast away from the lake, the park is full of sports pitches for football, rugby, hockey and cricket. The park is also the home of the London Softball League, the UK’s largest; they have 19 pitches marked out on weekday evenings in the summer.

On the edge of the sports fields, a circular glass-clad building called The Hub includes a sports center with changing facilities and a restaurant with a 360° view. Both are open 7 days a week: the center from 9am-6:30pm and the restaurant from 10am-5pm.

East of the Hub is one of the city’s biggest attractions, the London Zoo. Housing over 600 species of animals, the enormous Zoo is bisected by the Regent’s Canal, which can be traversed by the London Waterbus.

Heading southeast from the Zoo, you’ll see the Honest Sausage and the Cow and and Coffee Bean, small cafes that use meats and dairy products, respectively, sourced entirely in the UK. Nearby are a lovely trio of formally landscaped areas:  St John’s Lodge Gardens, the English Gardens and (pictured above) the elegant Avenue Gardens.