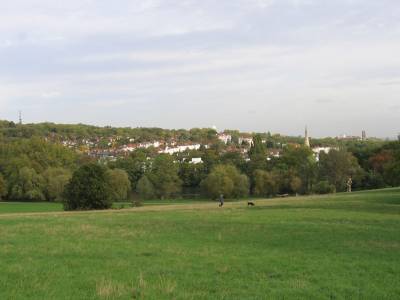 Hampstead Heath is 3 square miles of woodland, grassland, ponds and hills administered by the Corporation of London.

Most of the Heath lies in the London borough of Camden, bordered by Hampstead village on the west, Highgate to the north and Gospel Oak in the south.

With a network of sometimes stony and uneven trails through dense woods, across rolling hills and past stone houses and bridges, this park feels more like a trip to the British countryside than a London city park.

Hampstead is one of London’s most expensive and desirable residential neighborhoods, and the Heath is its local stomping ground. Up here, you’ll find joggers, dog walkers and families with young children, as well as plenty of space for yourself.

The Heath’s Parliament Hill is one of the highest points in London, famous for its views over the city. On a clear day, you can see across the city, from the BT Tower, London Eye, St Paul’s and the City of London to Canary Wharf and up into Islington.

Hampstead Heath includes 10 ponds, most of which are on the eastern side, following the line of Millfield Lane. There are three ponds where swimming is allowed: one for males only, one for females only and one mixed.  There are maps dotted throughout the park to help guide you, but be sure to visit this comprehensive site on the Heath, as well. 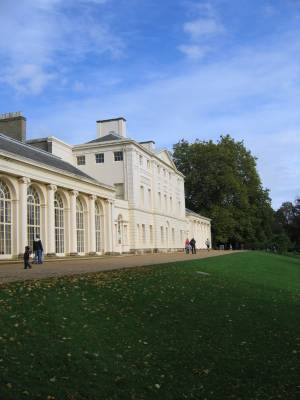 Past the swimming ponds, the eastern trail will lead through a low fenced area into the grounds of Kenwood House. Set atop a graceful slope on the north side of the Heath, far above a lake, this stately mansion and its grounds are maintained by English Heritage.

The house, built in 1764, was left to the nation by Edward Guinness (of brewing company fame) on his death in 1927. In addition to a stunning library, the house contains Guinness’ enviable collection of  paintings by Rembrandt, Vermeer, Turner, Reynolds and Gainsborough.

Kenwood House is free to enter and open 11am-5pm in summer, 11am-4pm in winter. There are two cafes on the grounds: Brew House Cafe, which is open all year from 9am on, and the Steward’s Room, ideal for a baked goods and a spot of afternoon tea.

Also in and around the Heath, you’ll find Jack Straw’s Castle (a former haunt of Karl Marx and a London racing fraternity), the Spaniard’s Inn (a historic pub built in 1585), and a huge two-piece sculpture by Henry Moore.

At the very bottom of Hampstead Heath, below Parliament Hill, you’ll find the modern Parliament Hill Fields Athletic Track, as well as a bandstand, cafeteria, bank of tennis courts and a bowling green. Details on all sports available at the Heath can be downloaded from the City of London website.