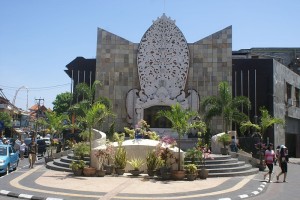 In 2006, Prince Charles unveiled a somber memorial to British and European victims of the 2002 Bali bombings, near St. James’ Park.

The 2002 Bali attack in the popular tourist town of Kuta killed 202 people, including 28 Britons. The UK Bali Bombing Victims Group applied for permission to erect the memorial in 2005, and the British Foreign Office contributed £100,000 to the £300,000 cost of the project.

The memorial itself, designed by artist Garry Breeze and created by sculptor Martin Cook and his son Matt, has two main components: a huge Balinese-style carving and a 5-f00t (1.5 m) marble globe that symbolizes the victims’ provenance from 21 countries. The carving’s 202 doves honor each person who died, and all victims’ names are painstakingly inscribed on a curved stone wall behind the globe. 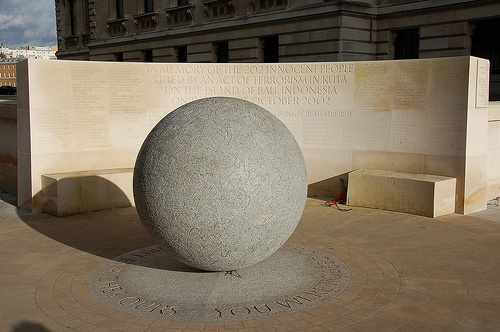 The memorial, intended to provide a focus for relatives of the dead and survivors from across Europe, is located next to the Cabinet War Rooms and Churchill Museum, just below the Clive Steps at the rear of the Foreign Office, opposite St James’ Park and a few hundred yards from Horse Guards Parade.