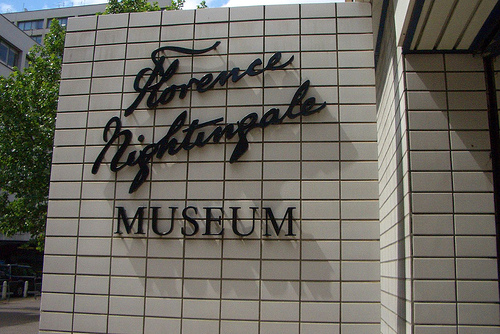 Florence Nightingale is one of the most famous figures of Victorian Britain, having founded the first school of nursing in Britain at the old St Thomas’s Hospital in Southwark in 1860.

Renowned as one of the pioneers of modern nursing, London features a museum dedicated to her life and work at St Thomas’s Hospital in Westminster.

Florence Nightingale was born to a wealthy English family in Florence, Italy in 1820. She decided to go into nursing in her mid-20s against the wishes of her family, going on to train in Germany.

She came to prominence during the Crimean War between Russia and the Alliance of Britain, France and Turkey. Conditions for wounded soldiers were horrendous and Nightingale, along with 38 volunteer nurses she’d trained, went out to Turkey to try and improve the care and treatment of the wounded.

Reports of her work in the British press built up the legend of the “Lady with the Lamp” watching over the sick. After the war, she continued training nurses from many countries and did a great deal of hospital planning. When she died in 1910, her family declined the offer of a burial in Westminster Abbey.