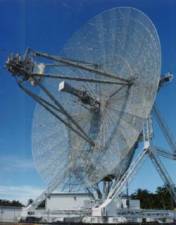 If you’re moving to the London area BAA(British Airports Authority) have launched a new service that let’s you see the amount of aircraft activity over the place you’re moving to, giving an idea of how noisy it may be.

The WebTrak online service gives the details of flights from the main London airports including Heathrow, Stansted and Gatwick. Go on to one of these sites, click Track Historical Flights, select the time and the day you want and they’ll be a map of the area around these airports that you can zoom in and out of. Aircraft and their fight paths will be shown crossing the map, red aircraft are arriving, green are departing and orange coloured aircraft are heading to other airports. The data displayed on Webtrak is delayed for 24 hours for security reasons but you can see the exact flight path and by running your mouse over the aircraft icon you can see the flight id, aircraft type, speed and height.

As well as the time and day of flights you can choose what playback speed you want to see the replay, realtime, x2, x5, x10. Its a handy tool if you’re moving close to an airport and want to research exactly when aircraft over fly you, the flight paths, frequency of takeoffs and landings and how these change through the year.