Three neighborhoods offer a handful of mid-range options: Westminster, the neighborhood that contains the Palace itself, has one of the city’s greatest locations; Belgravia, which ironically contains some of the most expensive real estate on Earth; and Piccadilly, which can be a bit garish the closer you go to the tourist mecca of Piccaddily Circus.

Mayfair, with few exceptions, is where you’ll find many of the city’s most expensive and elegant places to stay.

Here’s a map of the area around Buckingham Palace: 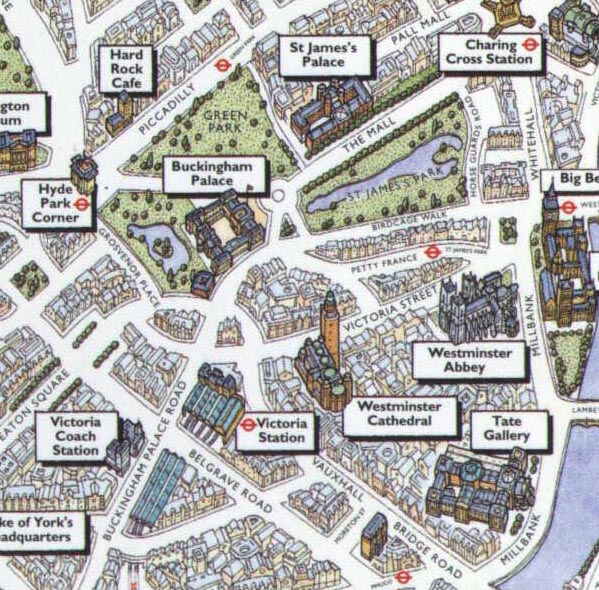 Visit these links for hotels choices in: