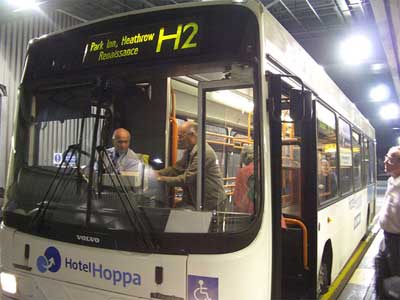 London’s Heathrow Airport is one of the world’s busiest, and it has more than its fair share of late-night and early morning flights. Getting to or from Heathrow to London proper will take at least an hour (and often closer to two hours), so many people prefer to stay near the airport if their flight is very early or late.

Fortunately, there are quite a few affordable hotels in this area, and in most of them you can leave your room and be in the terminal within 20 minutes. Some of these are better-suited to drivers and some for those without a car.

If you want to splash out on a higher-budget room, check out our information on hotels near Heathrow Airport.

There are precious few hostels with dorm beds in this area. The good news, though, is that several area hotels have double rooms starting around the cost of two hostel beds, and some of them even have deals on singles.

Many of these are used mainly by business travelers, so if you want to stay on a Friday or Saturday night you can often get great deals. Some of these places include breakfast, wi-fi, a free shuttle ride to the airport, or all three.

All relevant information is summarized below the map.

Map of cheap hotels near Heathrow

This budget hotel is about as close as you could possibly get to the airport without being on one of the runways. It has all the amenities of a business hotel at a good price, including an 8-passenger shuttle that will bring you to your terminal for free.
>>book Heathrow Hotel Lodge

Heathrow House B and B

This isn’t the cheapest hotel on this list, but it does have a few things going for it. It’s one of the most comfortable, and it comes with a free full English breakfast, but the best feature is that it’s right on a bus line so you can be at the airport in about 20 minutes for £2.
>>book Heathrow House B&B

This is a basic 2-star hotel with cheap rooms, considering its convenient location. All rooms have en suite bathrooms and TV, but the best part is that it’s only one train stop away from Heathrow.
>>book A Night Inn

The Hayes is a business-oriented hotel with all the normal amenities. It’s about 3 miles from Heathrow, which is great if you’ve got a car, especially since there is a free car park here. However, it’s not well positioned for public transport to the terminals. The rates are lowest on weekends here.
>>book Hayes Heathrow Premiere Inn

The Premiere Inn is another business-oriented hotel, about 2 miles from Heathrow. It’s not close to public transport and they don’t have free car parking, but rates are cheap on weekends.
>>book Premiere Inn Heathrow

This is a nice 3-star hotel with cheap single rooms as well as affordable doubles and triples. It’s very close to Heathrow, but not on the public transport lines. It’s close enough that taxis are cheap, though, so this is a great place to stay if you’ve got a very early flight the next morning and don’t mind paying a few quid for a short taxi ride.
>>book Channins Hounslow Hotel

The Revive Family Lodge is a cheap hotel about 2 miles from Heathrow, and it’s got several decent transportation options. You can either do a 10-minute walk to the train station and be at your terminal just a few minutes later, or take a 3-minute walk to where a round-the-clock airport bus service will pick you up. This place also has a TV and wi-fi in all rooms.
>>book Revive Family Lodge